If ever there was a prime example of the problems faced by marine life from fishing debris being thrown overboard or cut loose by fishermen, this is one. 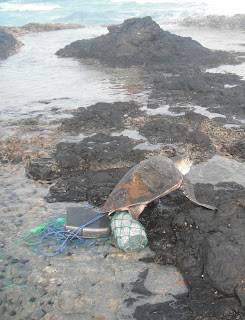 The vast majority of the rubbish that we collect on the east coast of Sal is discarded fishing line and plastic items such as bottles and other containers that are used as floats by fishermen.  Turtles and other animals get entangled in this rubbish as it drifts through our oceans and without a good Samaritan to free them have little hope of surviving.

This turtle was found by chance on the rocks near Igrijinha last week as a holidaymaker called Judith passed by.  The net was entangled in her back flippers and the plastic container made it impossible for her to dive or swim, she had been thrown up on the rocks by the waves.  Fortunately Judith was able to remove the net and floats and stressed and tired the poor turtle managed to crawl across the rocks until a big wave came and took her out to sea. 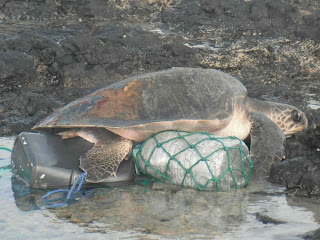 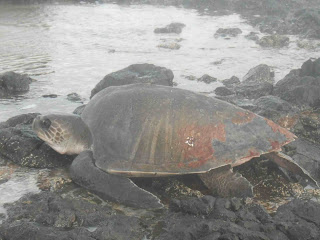 This turtle is not our usual loggerhead which nests here, but is a juvenile Olive Ridley, a type of turtle that we don't get to see very often but is present in the sea around Sal.

Really nice work, Judith!
Posted by Jacquie Cozens at 5:48 AM No comments:

The season's not over yet!

The last excavation in the hatchery ended in a spectacular way when Nest 91 started hatching as soon as we arrive.  To the delight of the large crowd 38 babies spilled out of the sand, making a total of 67 hatchlings born in total (29 during the night) - an excellent success rate of 80%. 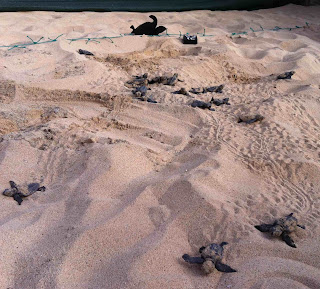 It's not over yet though, we still have around 130 nests on the beaches of Sal, on Costa Fragata and Serra Negra, so the Rangers will continue their patrols, making sure the hatchlings get to the sea safely and collecting data that will help to improve our success rate.

The last nest is on Costa Fragata and will have incubated for 57 days on the 23 December so there is a good chance of baby turtles for Christmas!
Posted by Jacquie Cozens at 7:20 AM No comments:

Following last month's great clean on Costa Fragata, the next beach to get some attention is Serra Negra.  The rubbish in the last few weeks has got out of control, mostly from plastic and fishing net that has drifted in with the big tides, but sadly there are also several big piles of beer bottles from party goers.  facebook event 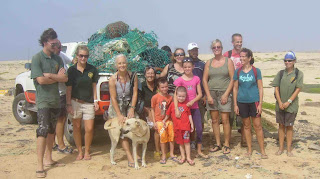 Join us if you can Sunday from 8am until some time after lunch (including some time to swim, eat, relax).  If you need help with transport just send us an email info@turtlesos.org or call 974 5020.
Posted by Jacquie Cozens at 7:25 AM No comments: 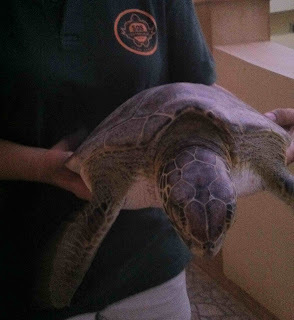 Happily the turtle was fit and well (apart from a missing rear flipper which shouldn't hinder it) and the minute it was in the water it took off so fast we didn't even see it go!
Posted by Jacquie Cozens at 5:39 AM No comments: