Stop the breakwater!  Pare a quebra-mar!

Posted by Jacquie Cozens at 6:05 AM No comments:

Last night on Kite Beach, a tour guide who cooperates with SOS Tartarugas phoned to tell us that he had found a turtle upside down.  The guide waited with his guests until the Rangers, Military and Police arrived.

The man responsible was extremely drunk and very aggressive, threatening everyone including the group of tourists.  He was also unafraid of the consequences of his actions and told Rangers that it didn't matter, he would come back tomorrow and take another turtle.

The soldiers held him until the police came and arrested him but when we went to the police station today, it seems that there is little chance that any further action will be taken.

While the recent publicity over the killing of turtles on Sal has resulted in criticism of various authorities and by default, this association, nothing has been said about the criminal activities of people such as this man.  No amount of patrols will solve the problem until the population makes it unacceptable for turtles to be killed and for turtle meat to be eaten.

The turtle was lucky this time and was released back to the sea.  She had been tagged previously by our visitors from Project Caretta in Santiago island who attended a workshop designed to give them more experience working with turtles.  João named this turtle Caretta.
Posted by Jacquie Cozens at 4:00 PM No comments:

Lisa & two other turtles saved in one night.

SOS Tartarugas Rangers, together with the National Police saved three turtles that were about to be killed.

The turtles had been taken from the northern part of Algodoeiro.  The first one was discovered at 2am after Rangers found a half built egg chamber that ended in a drag mark.  Following the drag mark led directly to the turtle who was found upside down.  She was safely returned to the sea.
A couple of hours later, a Ranger with extremely sharp eyes noticed a lot of very heavy footprints just above the level of the sea.  Nowadays turtle killers pick up the turtle out of the sea to disguise what has happened, but an adult turtle is very heavy and their footprints are noticeably deeper.  Only someone with plenty of experience would have spotted this.

The Rangers looked around for the turtle with no luck but soon the police turned up to help.  One police officer was infuriated and drew his weapon, running towards a group of houses, determined to find the culprit.  No trace could be seen but again experience came to the fore and the Ranger listened carefully for the sounds of an upside down turtle flapping her flippers.  Sure enough, it led them directly to the right spot and to their great surprise, they found not just one, but two turtles on their backs. 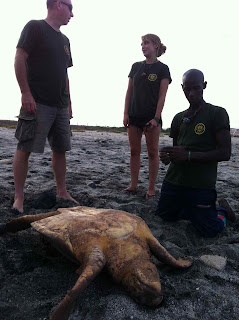 The turtles were found close to someone's house but when questioned by the police the residents showed a piece of paper stating that they had attended some training held by the Protected Areas team.  This apparently is evidence that they are not involved.

With assistance from the police the turtles were lifted into the back of the car and returned to the sea.


One of the turtles had nested two weeks before and had been seen and tagged.  She had been named 'Lisa'.

We always have a place in our heart for the many people who have helped the association over the years but a special place is reserved for our Patron, Matthias Schmelz.

Five years ago when a few people decided to try to reverse the drastic decline of turtles on Sal we never imagined that the association would grow so quickly and have such a dramatic effect.

We dreamed of what might be possible, but we knew we did not have enough money to accomplish a lot in the first year.  A chance meeting changed all that.

Matthias Schmelz was visiting Sal and had taken an island tour in 2007.  At that time there were many, many dead turtles on every beach on the island.  There were also many juvenile and baby turtles kept in terrible conditions for the entertainment of tourists.  Matthias visited one such place and was appalled.  He took immediate action and released the turtles that were being kept in a tiny concrete tank.  His brave action ended in being held at gunpoint and being arrested.  This incident motivated him to try to do something to protect the turtles in Cabo Verde.  Not long after he was told about this new association and asked for a meeting.

That meeting led Matthias to make an amazingly large donation, a donation that funded the entire first year of operation (and then some!) and meant that turtle protection on Sal was off to a flying start.  He gave that money to a total stranger without hesitation but with a huge amount of trust, hope & friendship.

We were delighted to welcome Matthias back to Sal and to host a visit from his friends and family to the SOS Tartarugas hatchery and then later to visit a nesting beach.  Everyone was immensely proud to show him what his faith in us had created.


Thanks Matthias, from all of us here at SOS Tartarugas, you are a truly generous and trusting person.

Posted by Jacquie Cozens at 2:13 PM No comments: 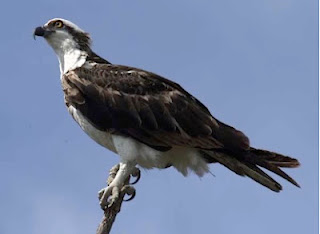