On the morning of the 3rd July we received a call alerting us to the fact that some whales had been seen on the beach at Parda, which is in the north of the island close to Pedra de Lume.  We contacted the team at our camp in nearby Ribeira de Tarrafe to go and assist them, but we had hardly finished talking to them before another call arrived – “Come quickly, bring as many people as you can – there are many whales on the beach at Kite Beach as well.”
The whole team dropped everything and raced from Santa Maria and from our camp on Costa Fragata and when we arrived, it was an incredible sight – so many people joined in this quest to save these poor creatures.

We estimated that there were twelve individuals, some adult and some juvenile.  In addition, at least two pregnant females were identified.  The species was Short Finned Pilot Whales (Globicephala macrorhynchus), a species that is common in the waters around Cabo Verde.  They can grow to an estimated 3,000kgs and 5.9m for males and for females 1,200kgs and 4m and feed predominantly on squid.  They are often seen in very large groups.  Although their common name is ‘whale’, they are, in fact, a member of the dolphin family.

The rescuers worked hard for almost eight hours, continually pushing the whales back into the sea and swimming with them, holding them upright until they could get past the very large waves and begin to swim away.  Unfortunately, several of them would swim some of the way out before heading straight back into the shore again.  Rescue attempts were further hampered by the rocky shoreline, which was causing danger for both the whales and their human helpers.

Strandings of pilot whales are not uncommon in Cabo Verde as can be seen from the historical picture below.
Many other incidences can be found in this scientific paper.

In the last few years, there have been at least two other incidences of mass strandings.

In July 2010 42 individuals beached themselves in the Monte Leão area and unfortunately no rescue was mounted until it was too late and all the whales died.  At the same moment there was also a stranding on Santiago island.

In September 2012 around the same number were found to be on Ponta Sinó on the southern part of Sal.  Again a huge community effort resulted in those whales being successfully refloated and returned to the sea.  On the same day five whales also stranded on Boa Esperança in Boa Vista, which is opposite Ponta Sinó and separated by only 40km of sea.

In this instance, all the whales were successfully refloated and the rescue was made much easier than the recent one because of the calmer conditions on the south part of Sal.

On Kite Beach, it was obvious that the whales were exhausted from being thrown around in the waves and had hurt themselves on the rocks, many were bleeding and unable to hold themselves upright. 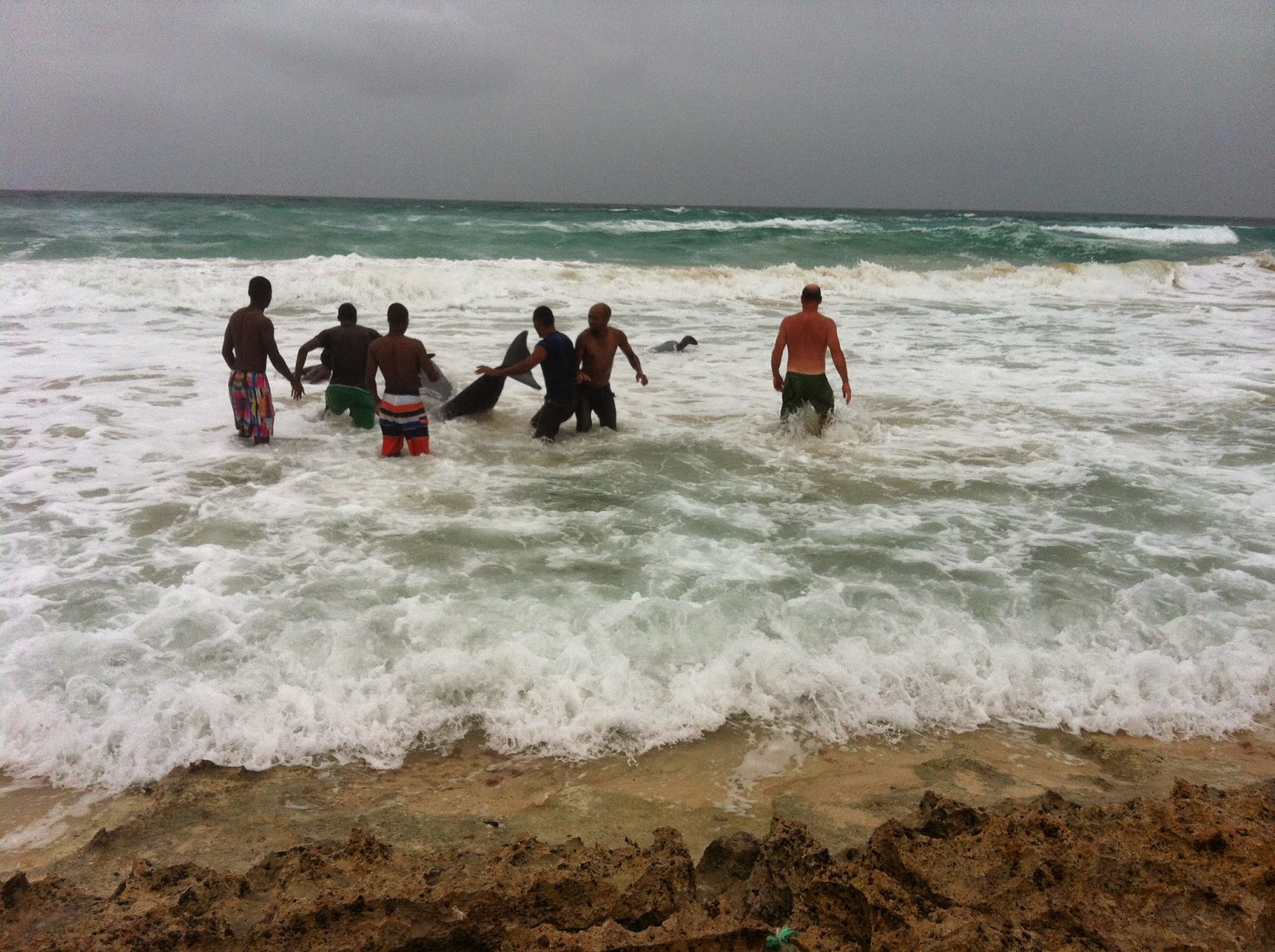 In the past, strandings of whales have been looked upon as an opportunity for food but this practice gives rise to many health concerns from the local authorities and it is definitely discouraged.  Sadly, amongst all the rescuers present on the beach that day, one group decided to butcher a small whale in a particularly gruesome way while it was still alive.

The reason why whales and dolphins strand themselves is poorly understood.  There are many theories, including that the animal may be old or sick, it could be infested with parasites or it simply becomes disoriented in shallow water.  Boat noise, rapid changes in water pressure from explosions, sonar or seismic testing may damage their very sensitive sinuses and ears.  This may prevent them from diving as well as leading to navigational errors.  Some theories include the desire to commit suicide but this cannot be considered since there is no way to establish that the animals plan their own death.


Strong social bonds may result in mass strandings, with healthy animals unable to desert those that are on the beach.

In most cases in Cabo Verde, the animals have been quickly removed and buried, with no chance to analyse possible reasons, this has led to some conspiracy theories including covering up military activities in the area.  One of the sonar systems thought to be used by US and NATO forces creates an amplitude of 240 decibels – enough to kill whales and dolphins and a proven cause of mass strandings.

And two pilot whales stranded and died on Santa Luzia island two days prior, only a short distance from Sal. 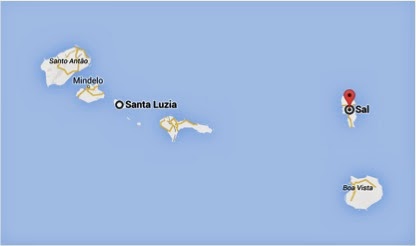 Looking specifically at events in the area during this time, two seismic surveys can be found, one of them only 420km away.  Evidence is mounting that this type of survey is strongly linked with mass strandings.


In the end, thanks to an incredible effort from many people, all the pilot whales in the Kite Beach area were returned to the sea.  Unfortunately the five reported further north all died.  The most daring rescue of all and the one that demonstrates the commitment of all involved, was the transportation of the final two whales in the back of a pick up truck from Costa Fragata to the calmer shore of Praia Antonio Sousa in the south.  The two whales were lifted out of the water, moved away from the dangerous rocks and picked up and put into the pick up.  Sheer strength and determination overcame tiredness and despair and there were many tears of joy as the whales finally swam away into open ocean.


Congratulations to everyone involved in the events of this very dramatic day.

Video here
Posted by Jacquie Cozens at 7:58 AM No comments: