Please help us to end the practice of captive turtles on Sal by discouraging visitors from going. Here are the facts about the 'attraction' at Fontona : 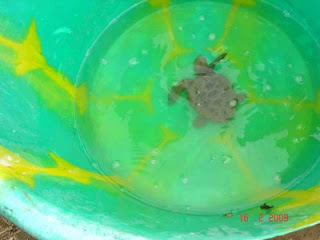 Keeping captive turtles is against the law in Cabo Verde and is punishable by imprisonment and fines.

The turtles are kept in sweet water, usually very dirty, this causes them many problems including blindness and parasites.

They are fed fish which is not their natural diet.

Turtles that are not free to swim the ocean grow weak and will be unable to survive if they are ever released.

Turtle hatchlings that are released later are unlikely to survive since they will not have the strength to swim the long distances, they will not know how to forage for their own food and they will have lost all sense of direction as they did not have the opportunity to imprint on the sand when they were first born.

Manuel (the owner) has signed a contract with us which means we pay him as a Ranger. For this he has committed to not keeping turtles. Supporting this activity encourages Manuel to take the easy option of not w 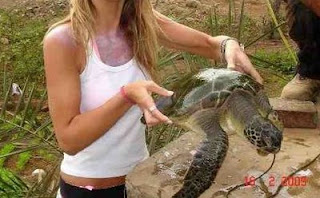 orking.
Despite what he says, these turtles are not destined for release and do not have problems that requires them to be rehabilitated.

Supporting this activity perpetuates a lack of understanding about the best way to conserve Cape Verde's turtles. If visitors continue to go, it will continue to seem like a good thing to do.
Posted by Jacquie Cozens at 8:18 PM