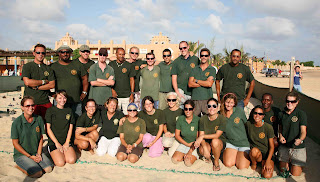 To those who didn't make it on Sunday (the Rangers in camp, Antonio, Steve M, the Salter family, Peter and Linda, Isabel and Vaughn, Vickey) - don't worry we'll get you sooner or later!
Posted by Jacquie Cozens at 6:46 AM