If you wish to comment please visit the City Hall of Sal in Espargos or email:

Another development is planned on the shore of Santa Maria which is now in the public consultation phase: The Royal Decameron Sal Beach Hotel. The project is planned in the area of the old lighthouse, next to Farol Hotel and it will take away 115.828m2 of dune system on Ponta do Sinó. The developers proposal is for 304 rooms of all inclusive beach resort and 282 rooms of 5 star beach resort, swimming pools, spa and a gym.


The proposed area of the hotel is within the buffer zone of the Protected Area of Ponta do Sinó, an area of outstanding natural beauty.

This type of development does not offer any innovation, and brings the following question to mind: does Sal really need the construction of more hotels when there are so many that have been already abandoned? Shouldn't the developer of these half finished buildings take responsibility to complete them or remove them? Shouldn’t there be a clause that forces the investor to take care of the country that is hosting its investment?

The tourism industry has played (and is still playing) a fundamental role in the development of Cabo Verde and accounts for nearly the 50% of the national economy and of course, tourism is the economic powerhouse of Sal.
The main attractions that Sal offers to tourists are beach, sun and water sports. With that in mind, the south of the island has been intensely exploited. Big hotels and resorts have been built along the front line coast of Santa Maria. As well as the leisure activities that are offered inside the resorts, many small businesses exist in Santa Maria that are sustained by the flow of tourists who leave the hotels or who are staying in rented apartments in town. Due to the seasonality of tourism and, especially, the low differentiation between businesses, many close after only a few months.
Dependence on the beaches and the sea for economic benefit also means dependence on the natural resources they constitute. However, generally, development strategies on the island are not compatible with the natural environment, but rather, shaped according to the necessities of the investment, and not the other way around. On small islands and archipelagos, natural assets quickly reach their limit and manmade assets cannot grow indefinitely to offset this scarcity. Archipelagos are fragile and lack of available land is itself a natural limit to growth (Bardolet & Sheldon, 2008, 917).

Although it might not be obvious at first sight, Sal has a incredible range of desert and shore ecosystems and many species rely on the sustainability of those: the cliffs, the coastal zones, the dunes systems, the beaches, the salinas, the rocky outcrops and the nearshore support a variety of native species. These include 34 species of plants, 80 species of seaweeds, 142 of microalgae, 18 species of marine mammals, 9 species of birds, 2 species of lizard, almost 300 species of fish, 5 species of marine turtles, 8 species of crustaceans and 47 species of gastropods, according to the General Directorate of the Environment’s (DGA) Protected Areas Management Plan.  Download the plan here.

In addition, buffer zones for Protected Areas should be just that - a buffer, not an area to be intensively developed with huge resorts. It is interesting to note that the Environmental Impact Assessment submitted by the developer states that there are “no significant natural habitats” and “no important fauna or animals” in the area. Yet only inches away there is sufficient biodiversity for the area to have been declared a Protected Area. In fact, within this area there are nesting turtles as well as significant numbers of nesting birds such as Kentish Plovers and probably many more species that have not yet been studied.

A scientist at the University of Algarve comments that “Overwhelming pressure in this area could have a significant effect on the biological communities that are so relevant that they have led to the designation of a nature reserve specifically in the Ponta do Sinó area.”
SOS Tartarugas is not against the development of the country, but rather, advocates working towards a more sustainable way to progress, where development and environment can go hand in hand. Where the natural beauty that draws tourism and drives the economy can be protected before it is too late.
It is very easy for projects such as these to slip through unnoticed but we believe that there should be more public discussion about what the population of Sal wants, and how the people wants the island to be developed, everybody should be able to participate and shape what their future and their children’s futures will be.
We should take pride in and value the natural resources of the island, since once gone, it will be gone for a long time.
As for this so far, untouched peninsula, we grieve for the potential loss of its stunning vista of beach and dunes.
Who living here does not become more refreshed and alive when walking along the shore of Ponta do Sinó, one of the most emblematic sites in Santa Maria? 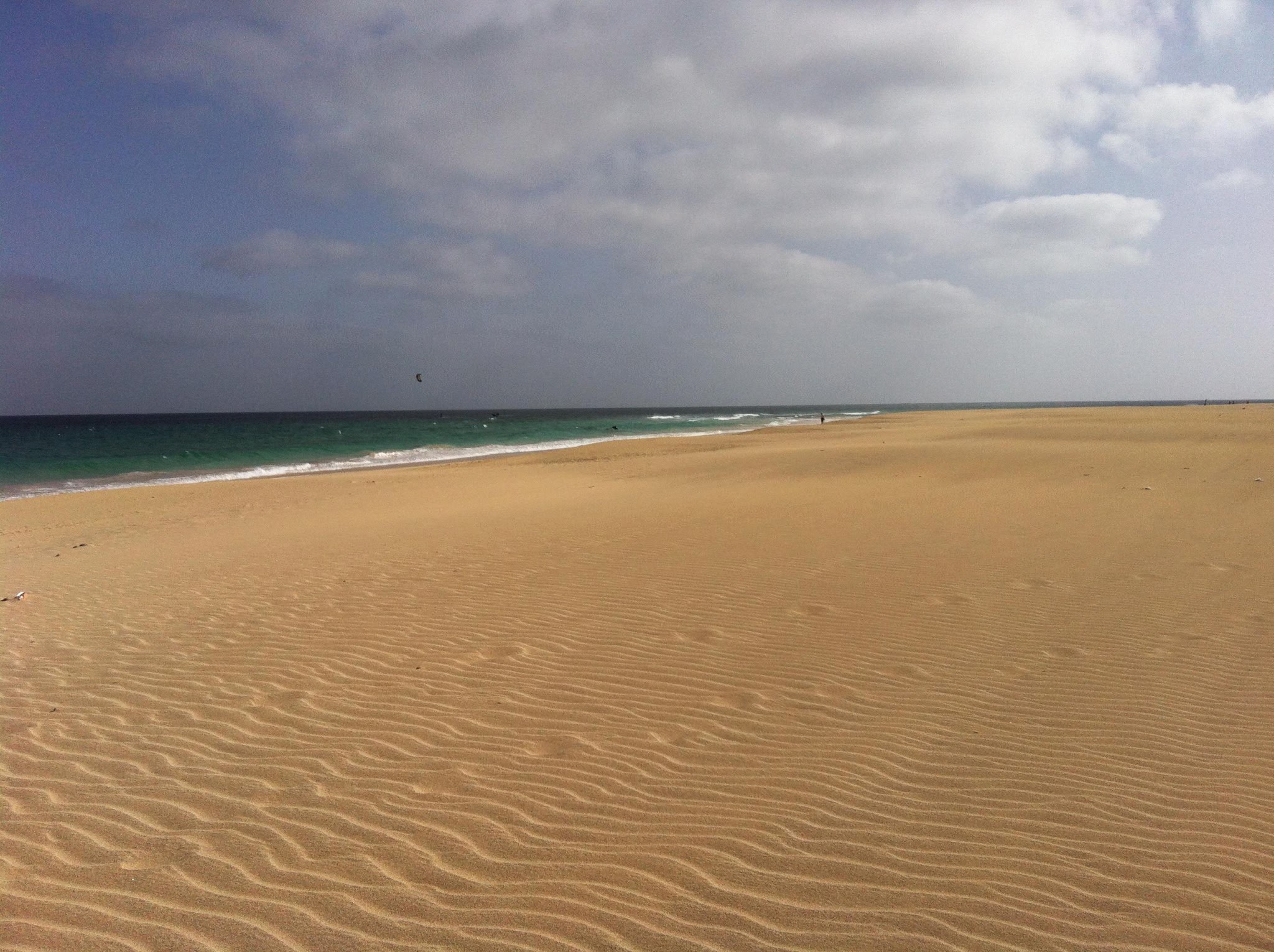 Posted by Jacquie Cozens at 6:39 PM