A new network for turtle protection in Cape Verde 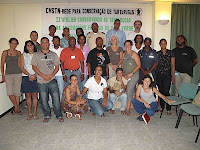 At the end of June the second conference of people and organisations active in turtle conservation in Cabo Verde took place in Boa Vista.  The network was christened 'Taola' - a combination of "Tartaruga Marinha" (marine turtle) and "Krioula" (the language spoken here).

Amongst the many issues discussed, the removal of sand from beaches for construction was high up on the agenda and following the conference this practice has been thrown into the spotlight. 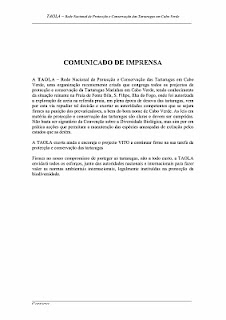 Despite laws prohibited this activity, the Municipal Chamber of São Filipe on Fogo is allowing building companies to scoop up large amounts of sand from one of the few beaches remaining on which turtles can nest.

In the first joint action of the group, Taola has issued a statement calling for this practice to cease immediately and asking the Municipal Chamber to "Not just be a signatory of the Convention of Biological Diversity but to actually put into practice actions which allow the protection of endangered species"
Posted by Jacquie Cozens at 7:23 AM