The island of Santiago is the largest consumer of turtle meat and illegal imports from other islands is common.

To counter this, this summer there will be a large scale awareness campaign to alert the population to the fact that turtles are on the brink of extinction in Cabo Verde.  The campaign comprises of public events in Praia, São Francisco, Ciadade Velha, Tarrafal, Pedra Badjo, Calheta & Assomoda.

The theme of the campaign "Nha Terra" focuses on turtles being a part of the country's heritage and important to preserve for future generations.  In addition they are migratory, just like a large percentage of the Capeverdean population and they have a right to return to a safe place to give birth. 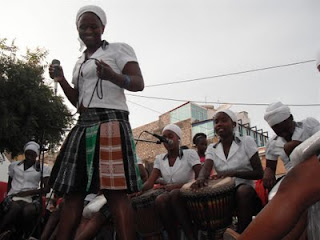 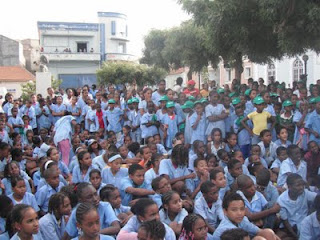 The campaign was launched in Praia by the batukaderas of Delta Cultura (Tarrafal, Santiago) who have written a special song to support the campaign.
Posted by Jacquie Cozens at 7:47 AM